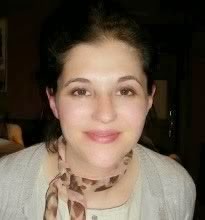 Who is Anita Chapman?

What packages does Anita offer clients?

Anita’s most popular package is the New Client Package, which includes a call or meeting and social media plan in the run up to a book release. Find out more about her Training, Assistance, Promotion packages for authors, publishers and organisations in the book world here. In addition, Anita has run one day Social Media Courses for Writers in London and Surrey since April 2015 (and in York, April 2018), and she has worked as a tutor at Richmond and Hillcroft Adult Community College, Surrey (UK).

When are Anita’s next courses?

Anita’s next Social Media Course for Writers is on 25 April 2020 in London. And she will run her first course in Norwich on 16 May 2020. Attendees learn how to raise their profiles on Twitter, Facebook, Instagram; how to manage time spent on social media efficiently and about engaging a blog audience. Former attendees have described Anita’s courses as informative, easy to understand, confidence-building, inspiring, informal and enjoyable. The day is relaxed and friendly with a sit-down lunch in the venue’s restaurant and plenty of refreshment breaks. Find out more here. 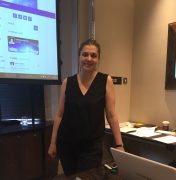 What is the neetsmarketing blog?

Anita’s neetsmarketing blog on social media for writers and book marketing was launched in January 2015 with first (and most popular) post A Beginner’s Guide to Twitter for Writers, (re-written in 2017, and again in Oct 2019). Her posts are inspired by questions asked by clients and course attendees. Several authors have written informative posts about social media and book marketing for this blog including: Liz Fenwick, Sue Moorcroft, Jane Holland, Alison Morton, Talli Roland, Liz Fielding; and book blogger Anne Cater has answered questions about the Book Connectors Facebook Group for book bloggers and authors.

Anita’s writing and social media blogs were mentioned in the October 2017 issue (192) of Writers’ Forum magazine by Della Galton on her Dear Della advice page.  In 2019, Jessie Cahalin of Books in my Handbag Blog said, ‘Anita’s blog posts about social media provided me with a virtual compass for my social media adventure and I have recommended her courses to many authors who required a boost with their marketing.’

In March 2018, Anita wrote a post for Emma Darwin’s blog, Overcoming the Social Media Fear (as a writer). Anita was a finalist in The Write Stuff competition at The London Book Fair in April 2018. And In this interview on Brooklands Radio (17 April 2018) for Jackie Mitchell’s show, Anita talks about The Write Stuff, her courses and more. In July 2019, Anita returned to Brooklands Radio for this interview with Lynda Berger, to talk about social media for writers and her courses.

Where can you find Anita on social media?

Anita tweets @neetsmarketing, with updates on social media for writers, book marketing and book news; and she posts the most useful and interesting articles found on her neetsmarketing Facebook Page. Follow Anita on Instagram @neetswriter.

See the About page for more information on Anita and her writing.